LED is the abbreviation of light emitting diode. It is not only the mainstream light-emitting material in the market, but also the most widely used light-emitting source of energy-saving and low-power products. Large LED Display is a luminous matrix composed of LED chips. The distance between each LED pixel distance is called pixel pitch. Generally, the pixel pitch of Large LED Display used indoors is below P5, while those with pixel pitch of P2 and below are called fine pitch LED Screen, such as P2, p1.875, p1.667, p1.583.p0.96, etc. These full-color screens called fine pitch LED Screen are often used in places where the indoor viewing distance is closer, so this kind of LED Screen are often called high-definition LED Screen. Large LED Display above P5 are often used in outdoor display projects, such as P8 and P10 LED Screen specifications commonly used in the market. To understand what is full-color LED Screen, we need to understand its concept and development process. 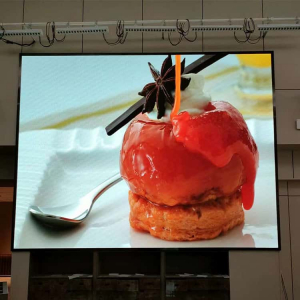 Full color LED screen is also called 3 primary color LED screen. It is composed of three LED luminous colors: red, green and blue. Each color is 256 gray levels, and the 3 primary colors can display 16777216 colors. The three colors of red, green and blue overlap to form our common pure white. Red and green can form yellow, blue and green can form pink, red and blue can form cyan, and the proportion of gray scales of other different colors can form different colors.

It is precisely because the full-color LED Screen can display a variety of colors through different gray ratios of red, green and blue, so it has developed rapidly in the application field. With the improvement of technical level, full-color LED Screen has been more widely used. The main application fields include indoor and outdoor advertising video publicity, background matching of stage performance, video speech in conference room, large screen video publicity of gymnasium, and even many cinemas have directly installed full-color LED Screen instead of traditional projection. Full color LED screen is widely used not only in civil field, but also in military field, and more in security field. Full color LED Screen has become an indispensable video display product for people, which can decorate the color beauty of the city.

You can visit our HOME page to know more about Large LED Display product.